Come here to keep up to date on the latest news in hip hop, whats Waist Deep, and special excludive interviews and reviews on hot music. Expect the unexpected from guest bloggers to industry cameo appearances. Slide Thru!!! 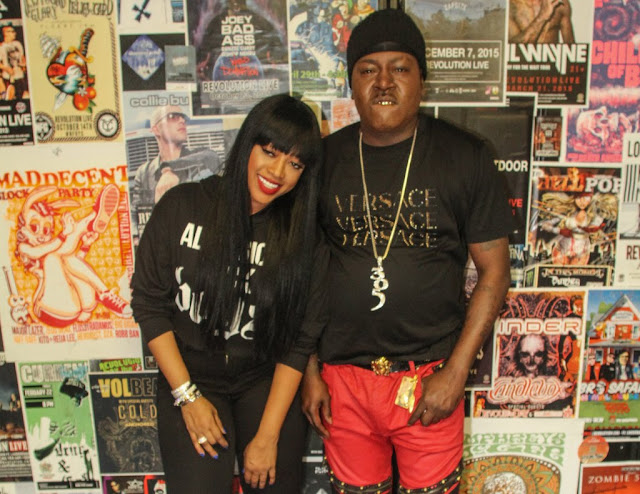 After the explosion of Love and Hip Hop "everywhere else" you had to know that the new franchise was soon to hit the scene, right? Love and Hip Hop Miami is now official and will be headlining some Miami Hip Hop Royalty. None other than "The Mayor of Miami" himself T double D and his former label mate "The Baddest Bitch" Trina, who has not been officially confirmed. I have seen some mixed reviews from fans of the already established Love and Hip Hop shows from "it will be boring" to "the hype is real" but one thing is for sure, the franchise has not failed to put on in the past so I'm expecting the drama to heat up really quick in "the bottom". Trick Daddy and Trina have not spent a lot of time in the spotlight lately but Trina does have her new single "Fuck Boy" heating up in the south for the summer and who knows what Trick may pull out of his hat with the upcoming move set in motion. In an interview with Bossip Trick lets it be know that he intends to “Put some real Miami bitches and real Miami niggas on the show. . ." which may prove to be a change of pace from what you may be use to seeing portrayed from some of the reality "actors" of prior seasons. Nonetheless. we will all just have to wait and see whats in store upcoming and judge for ourselves how hot South Beach can get in the summertime. Filming is reported to begin in May so stay tuned!
Read more